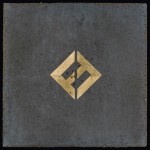 One of the most popular rock bands in the world is announcing a new album. We know the details of the new Foo Fighters!

Until the last moment Dave Grohl tried to keep secret about the new album Foo Fighters. Now officially announced that it will be September 9 sales of the band’s 9th album. The album was titled “Concrete and Gold” and will feature 11 tracks on it.

The group has already presented several of them during the concerts. The Foo Fighters invited several guests together. Currently known as The Kills singer Alison Mosshart.

Below the Foo Fighters’ “Concrete and Gold” album setlist:

Dave Grohl announces that there will be a big star on the record – who? Currently unknown. The album’s producer was Greg Kurstin.