Ed Sheeran will perform in Poland! 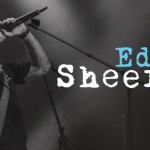 Ed Sheeran will perform in Poland!

One of the most respected musicians of the young generation will perform in Poland in 2018! We know the place and ticket prices!

This will be one of the biggest musical events of 2018. Ed Sheeran is a worldwide respected creator. The singer will perform spectacularly on August 11, 2018 at PGE Narodowy in Warsaw. The live artist will promote his latest album “÷”.

Ed Sheeran is currently one of the most sought after artists in the world. The tour is announced shortly after his unforgettable performance at the Glastonbury Festival. On Sunday at the Pyramid Stage Ed gathered the biggest crowd in the history of the festival. During the tour announced, the 26-year-old artist will return to Wembley Stadium, where in 2015, as the first performer in history, he played three sold-out shows in a row.

After the album “+” released in 2011 and in 2014, the album “x” Ed strengthened its position on the international music scene with the album “÷”. The disc was released on March 3, 2017, and the songs from it before the release of the album began to hit popularity records. The singles “Shape Of You” and “Castle On The Hill” just after their release became the most played songs on Spotify, the first of which broke the record for the most-loved song ever. On the day of release, the album “÷” achieved equally great success by beating the record of plays. In Poland, the album received a double platinum status, while the songs “Shape Of You” and “Castle On The Hill” have earned in our country the distinction of respectively a diamond single and double platinum. The album is currently promoting the song “Galaway Girl”. Worldwide, the album “÷” has sold over 26 million copies.

Tickets for Ed Sheeran’s concert at PGE Narodowy in Warsaw will go on sale July 8 at 11 pm.

Ed Sheeran last visited Poland in 2015. The vocalist then appeared at the Warsaw Torwar. Tickets for this event sold out in just one week.

Tickets available at www.eventim.com/ed-sheeran from 8 July, from 11.

For this event there is a limit of 4 tickets per customer which means that one person can buy a total of no more than 4 tickets. In case of the purchase by one person of a quantity exceeding the established limit, the Organizer reserves the right to cancel all purchased tickets

Disabled wheelchair tickets will not be available for sale on a regular basis. To purchase a ticket in this zone, please send an email to: niepelnosprawni@eventim.pl